Dakar 2021 : Rebellion Racing back on the tracks

From January 3rd to the 15th, 2021, Rebellion Timepieces returns for the second time on the tracks of the 43rd Dakar as the official timekeeper of the competition. More than just a partner, the brand will also be present at the heart of the race with the participation of its president, Alexandre Pesci and driver Romain Dumas.

More than a rally, the Dakar is a unique adventure in the world! For the second consecutive year, Rebellion Timepieces shares its passion for motor racing and accompanies the Dakar drivers as official timekeeper. The 43rd edition of the mythical rally-raid takes its competitors in search of performance to Saudi Arabia. The start will be given in Jeddah. Adopting an audacious cruising rhythm, the crews will have the privilege of discovering a new route composed of 12 stages. The highlight will be a marathon stage between dunes and desert expanses, which will put the mechanics and the crews’ driving skills to the test. The final return in the city on the shores of the Red Sea promises to be exhilarating. 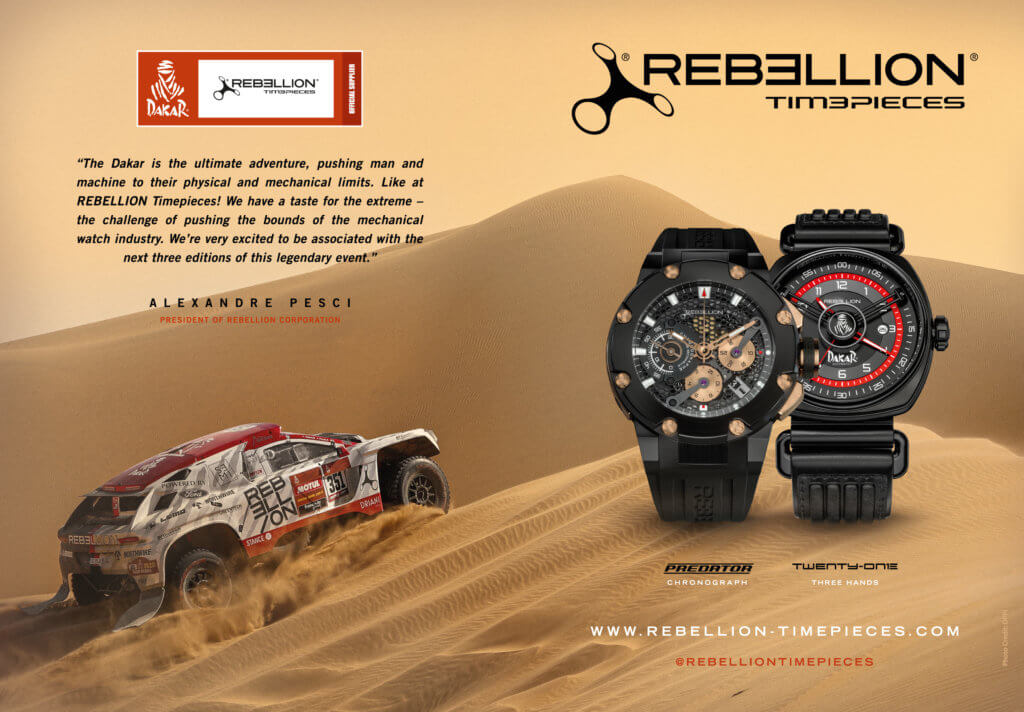 To celebrate its participation in the Dakar 2021, Rebellion Timepieces is releasing two watches in limited series: a Twenty One Three Hands and a Predator Chronograph in a limited edition of 20. What do they have in common? They have a powerful design inspired by the world of motor racing and are powered by a state-of-the-art, Swiss Made, robust and enduring mechanism.

The Twenty-One Three Hands Dakar is distinguished by a dial dressed in grey and red, and stamped with the race logo. All the assets of the original model that have made the collection a success are still present in the image of its elegant cushion-shaped case in black DLC steel. Still on the dial, the time, hours, minutes, seconds, and a discreet date window at 3 o’clock come alive in a decor inspired by the two-spoke steering wheels of vintage sports cars. The sleek composition ensures that the revolutions of the three hands are easily readable. 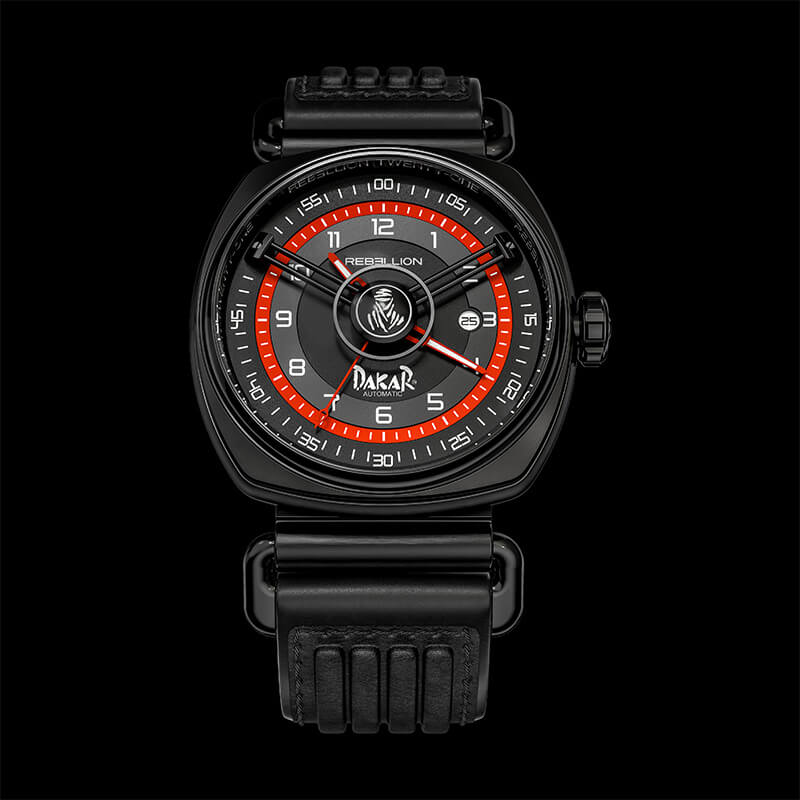 The Predator Chronograph Dakar has the same spirit as all the creations signed REBELLION: authenticity, refined design, manufacturing quality and uncompromising mechanical performance. Superbly complex, its case is the perfect technical and aesthetic fusion between the world of racing cars and cutting-edge watchmaking. For this limited edition, the case is machined in black DLC titanium. On its multi-layer dial with a honeycomb pattern, the Super-Luminova®-covered hour and minute hands can be read with complete clarity. A small sectorial at 9 o’clock provides information on the operation of the caliber. Two totalizers for measuring short times complete the time data. The whole is encircled by a bezel adorned with 8 gold-plated screws. The hands, totalizers, chronograph push- buttons and crown are also decorated in a warm desert sand color. 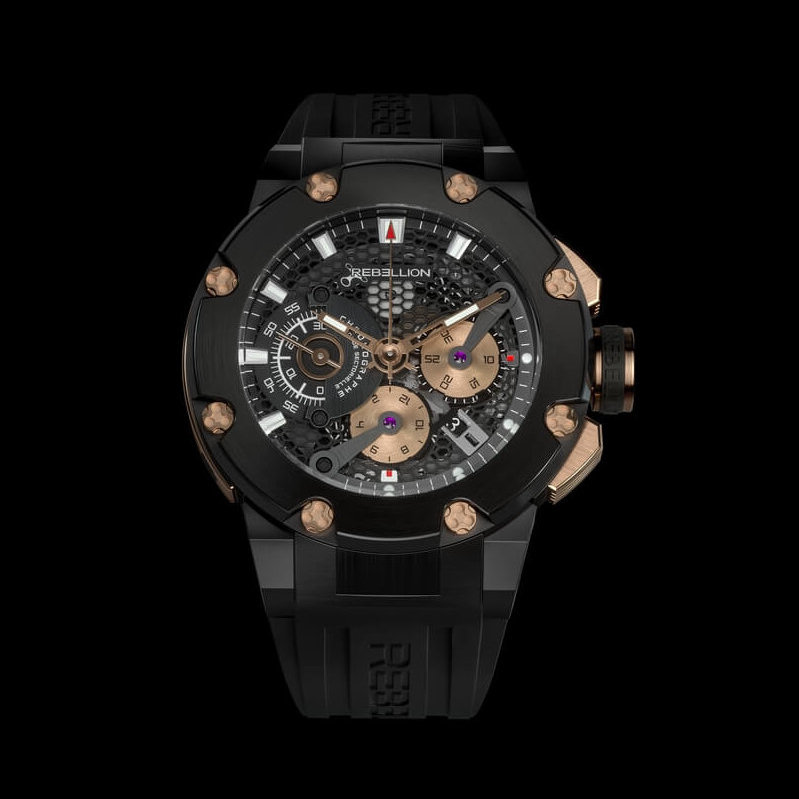 The legend of the Dakar is perpetuated at each edition with the presence of the international rally- raid elite. In January 2021, more than 500 experienced and amateur drivers will compete at the wheel of cars, trucks, motorcycles, SSVs and quads combining power and endurance. A new event will also make its appearance: the Dakar Classic. The glories of yesteryear will have the pleasure of competing in a regularity event organized in parallel with the Dakar, with identical start and finish locations. Replicas of vehicles designed before 2000 and having taken part in the Dakar will be admissible as vintage cars and trucks. Invited participants include Nasser Al-Attiyah (winner of the 2019 Dakar), Stéphane Peterhansel (13 Dakar victories: 6 motorcycle and 7 car), Carlos Sainz (double world champion and double winner of the Dakar Rally). Rebellion is once again involved in the race with two cars bearing the colors of Rebellion Racing. One is driven by Alexandre Pesci, president of Rebellion Timepieces, the other by Romain Dumas, winner among others of the 24 hours of Le Mans and record holder of the Pikes Peak hill climb race. 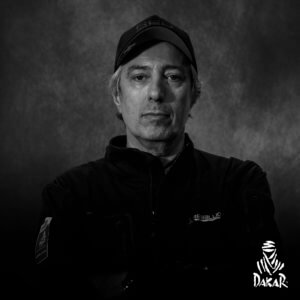 Alexandre PESCI, President of Rebellion Corporation and 2021 Dakar Rally driver – Rebellion DXX #351
“I’m very proud to participate in this extraordinary race for the second time and I’m looking forward to the start day. It is all the more exciting, after finishing 3rd rookie last year and especially finishing the Dakar, that we come back with two cars, one of which will be driven by Romain Dumas. Driver Rebellion Racing at the 24 Hours of Le Mans 2020, he will once again defend our colors and animate the race. More humbly, my goal is to finish this wonderful rally once again and since I know what to expect this time, possibly improve my 43rd place overall.”

Stephan KÜHNI, 2021 Rally Dakar Co-driver– Rebellion DXX #351
“My first participation to the Dakar Rally in 2020 left an incredible impression on me. Lots of emotions mixed up along the rally, with doubts, joy, difficult moments, but a great satisfaction for each accomplished step! I look forward to living these intense moments again, with my friend and excellent pilot Alexandre, in these natural and breathtaking decors of Saudi Arabia. My expectations are obviously higher than last year for the 2021 results with a great Rebellion team, even if the prime objective remains to finish the race with a smile and a good mood!”

Romain DUMAS, Rebellion Racing Driver of the Dakar Rally 2021 – Rebellion DXX #315
“I’m very happy to take part in the Dakar with Rebellion Racing. It is an event that is close to my heart because it is one of the biggest races in the world. With two crews, the objective is clear: it will be to finish the Dakar with both cars. It would be a huge reward for a private team. Personally, if I manage to set good times, I will be delighted to show that the car’s performance is there. The Dakar is like the 24 Hours of Le Mans, it is a very hard, very long race. Let’s wait and see but we are much more prepared than last year and still as motivated as ever.”

David CASTERA, Dakar Rally Director
“The Dakar is a race against time. The gaps are measured in seconds and minutes in the first few days, then the notion of extreme endurance appears on the stopwatches, stage after stage. It’s always a question of precision, both for the drivers who calculate their trajectories and for the timekeepers who evaluate them throughout the thousands of kilometers covered. Like the most successful champions who rely on technically flawless vehicles, the organizers also count on the absolute reliability of their tools to ensure the fairness of the debates. Rebellion’s expertise in this field will be our ally once again in Saudi Arabia.”