On this Easter weekend, the 6H of Silverstone marked the opening of the FIA World Endurance Championship season in the UK. Rebellion Racing inaugurated, on the one hand, its partnership with Michel Vaillant, and on the other hand, its first participation in category LM P2. It is with the new colors of “Vaillante Rebellion” that the Swiss team achieved an encouraging start of championship with its two Oreca07.

Nicolas Prost, Bruno Senna and Julien Canal (n ° 31) took the second place in the first race of the season, while Nelson Piquet Junior, Mathias Beche and David Heinemeier Hansson grabbed the ninth spot at the wheel of n ° 13. 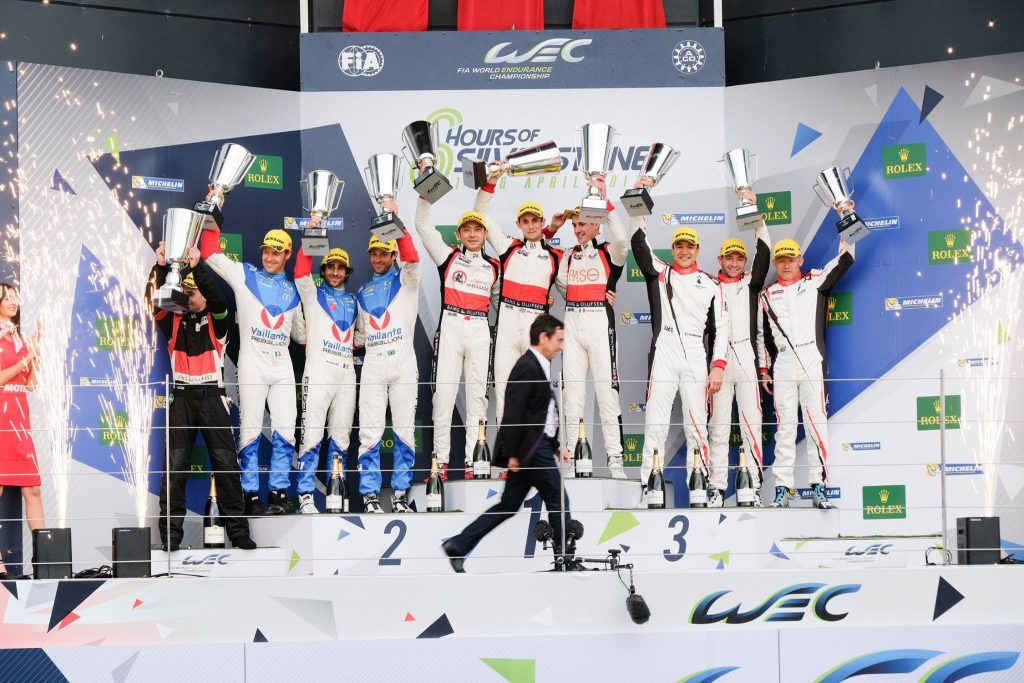 At noon, under the cloudy sky of Silverstone, the two Oreca07 #13 and #31 of Vaillante Rebellion started a 6H race. After an hour of racing and one pit-stop for each driver, the Oreca07 #31, led by Bruno Senna, nephew of one of the greatest drivers in Formula 1 history, took the second place behind the Signatech Alpine #36, after a three-seat climb.

Then, the Brazilian driver gave the wheel to Nicolas Prost, name of the famous French driver of the 80’s, also heir, followed by Julien Canal, to continue the efforts provided since the beginning of the race.

Constraints for the drivers accumulated: the intermittent rain and the changing weather slowed down the pace.

At the halfway point, a first yellow flag was put on after the burning of the Porsche #92, driven at that moment by Kevin Estre (Porsche GT Team). A second flag was set up again after the major accident of the Toyota #7 (LM P1), which called the safety car for thirty minutes.

Strategic choices allowed the drivers to take pole position for the last thirty minutes, even though they were finally caught up near the arrival by Jackie Chan DC Racing’s #38.

“I’m pleasantly surprised by the performance of the car and the team! The level in LMP2 is very high this season ; it twill be very interesting this year. We started with a good strategy, both technically and on the tires. The potential is there, I’m really happy to be with Nico, whom I’ve known for almost 10 years when we were driving on Formula Renault 2L, and Bruno, whom I had the opportunity to meet many times on the circuits. ” 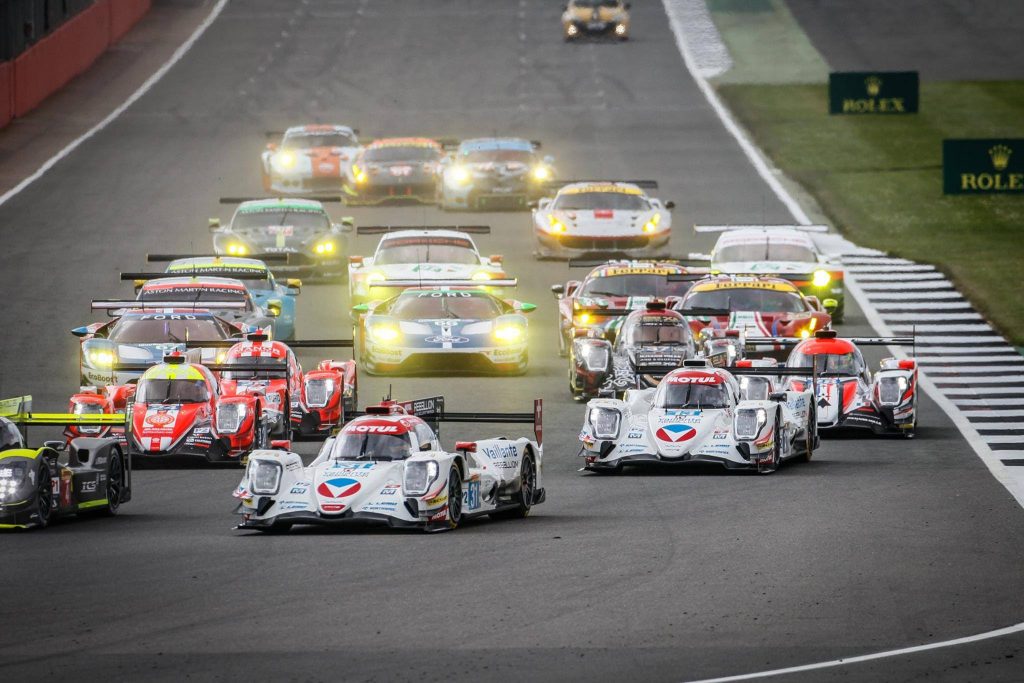 Meanwhile, a few technical problems on the n°13 pushed David Heinemeier Hansson to stop at the stand and leave his seat to Brazilian driver Nelson Piquet Junior, who reached the eighth spot after two hours of racing.

Then, n°13 went up a few spots thanks to Mathias Beche, but two clashes, including one involving Sam Bird Racing’s Ferrari 71, damaged a wing and resulted in a 15-second penalty for the trio. The crew #31 eventually finished its race in ninth position.

“For us, the race was quite complicated. Overall, the performance is encouraging. We are happy for crew # 31, this podium is really great for them. Now, we will do things right to be standing on the podium at the next race.”

“The team was very focused and motivated. After two difficult seasons, getting back into a more competitive category motivates us all. Despite of the lack of training before Silverstone, everyone has done a great job. We did not the perfect race but we did not any mistake, for a first meeting, it is very positive!”

“It’s a great start of championship for us, especially since we are discovering this category this year. In the #31, the trio was able to perform the passes correctly. For the #13, some technical problems disturbed the race. We hope to learn to avoid repeating the same mistakes. Overall, the season is starting well, and we are satisfied with this first promising performance.”

This race marks the beginning of a promising championship for Vaillante Rebellion in this LMP2 category. It will be necessary to extend these efforts, especially on the Belgian circuit of Spa-Francorchamps, which will be the next meeting on May 4, 5 and 6.

All results are available on www.fiawec.com.