Motorsport has a certain taste for adrenaline and performance – REBELLION’s DNA! A
passion that’s now taking the brand to iconic latitudes. REBELLION Timepieces has become
official timekeeper and supplier for the 2020 Dakar Rally.

More than a rally, the Dakar is a unique adventure in the world! For the second consecutive year, Rebellion Timepieces shares its passion for motor racing and accompanies the Dakar drivers as official timekeeper. The 43rd edition of the mythical rally-raid takes its competitors in search of performance to Saudi Arabia. The start will be given in Jeddah. Adopting an audacious cruising rhythm, the crews will have the privilege of discovering a new route composed of 12 stages. The highlight will be a marathon stage between dunes and desert expanses, which will put the mechanics and the crews’ driving skills to the test. The final return in the city on the shores of the Red Sea promises to be exhilarating. 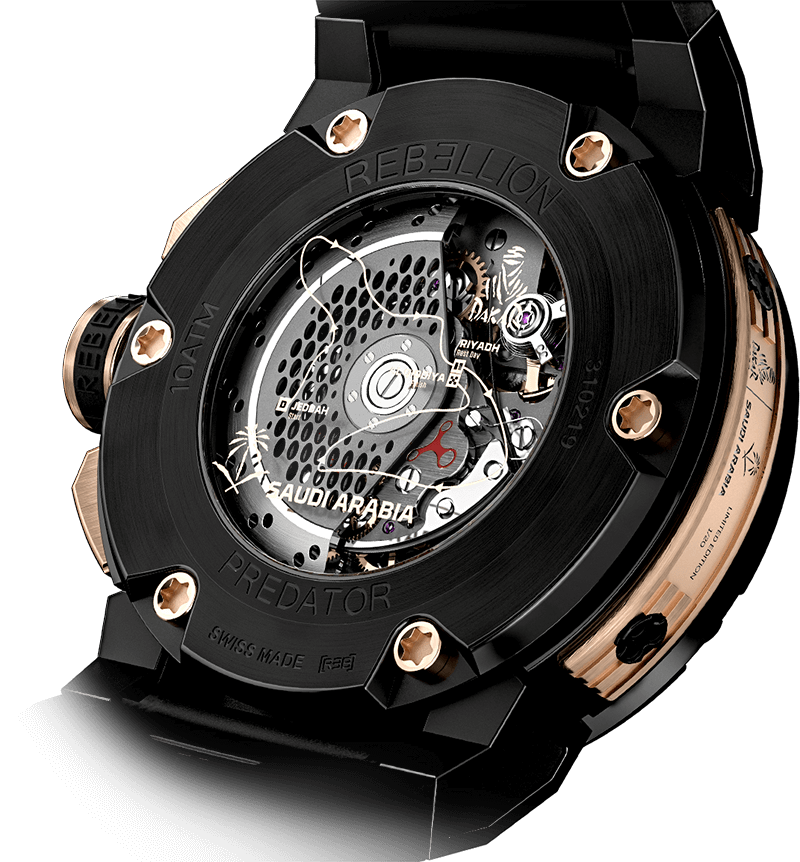 “The Dakar is a race against time. The gaps are measured in seconds and minutes in the first few days, then the notion of extreme endurance appears on the stopwatches, stage after stage. It’s always a question of precision, both for the drivers who calculate their trajectories and for the timekeepers who evaluate them throughout the thousands of kilometers covered. Like the most successful champions who rely on technically flawless vehicles, the organizers also count on the absolute reliability of their tools to ensure the fairness of the debates. Rebellion’s expertise in this field will be our ally once again in Saudi Arabia.”

To celebrate its participation in the Dakar 2021, Rebellion Timepieces is releasing two watches in limited series: a Twenty One Three Hands and a Predator Chronograph in a limited edition of 20. What do they have in common? They have a powerful design inspired by the world of motor racing and are powered by a state-of-the-art, Swiss Made, robust and enduring mechanism.