The 2015 edition of the legendary Le Mans 24 Hours was like no other past Le Mans experience for the reigning Privateer LMP1 Winners in La Sarthe.

After a decision deep into the off season to change their engine supplier, the Le Mans 24 Hours preparation turned into an intense race against the clock for the REBELLION Racing team.

The Swiss team received the first modified chassis tub from Oreca on 30th April 2015, and the first race ready engine from AER on 18th May.  On the 21st of May the shakedown of the first car was completed (R-One #13) and the shakedown of the second car (R-One #12) the day after. The cars were positioned on the starting grid of the 2015 Le Mans 24 Hours only three weeks later. 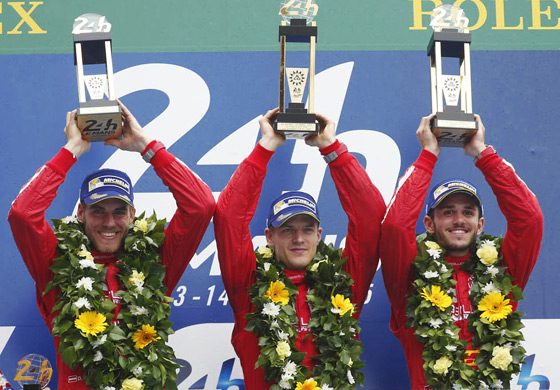 REBELLION Racing went into the 2015 Le Mans 24 Hours race with many question marks regarding their brand new Rebellion R-One AER contender; what would be the pace of the new package versus Porsche, Audi, Toyota and the returning Nissan team ? What reliability could be expected from the two new cars facing for their first race the pinnacle of endurance motorsport ? Would the 2015 Le Mans race provide satisfaction or be a disappointment ? 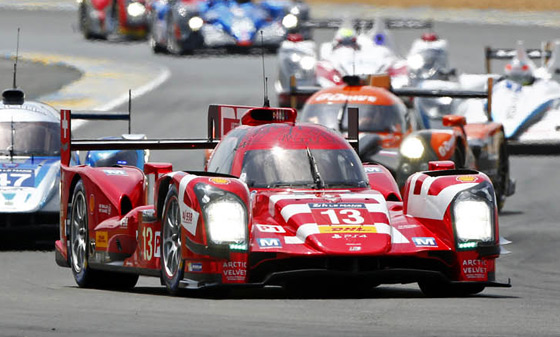 The race was all but a trouble free one for the REBELLION Racing team.  The mechanics worked together helping each other throughout the race as the Swiss team had to deal with crash damage, drive shaft failure, wheel bearing failure, fuel injector failure and spark plug failure. With all of those items needing service, the mechanics and engineers did a fantastic job to get the cars back out on track to complete as many laps as they did. The effort of the mechanics was formally recognised as REBELLION Racing were awarded the 40th Prix ESCRA during the race.  The award is judged on a number of factors including the layout of the garage, the method of working, the quality of mechanical work carried out during the race and the efficiency in maintenance interventions.

Over the next few weeks REBELLION Racing will be working closely with their engine partner AER and chassis partner ORECA to focus attention on finding solutions for the problems that were encountered during the 24 hour race.  In some ways, this race was the first step in the team’s preparations for having a fast and reliable car ready for Le Mans 2016.

Between now and then, the team will be competing in the remaining WEC races in 2015, starting with the 6 Hours of Nurburgring in a couple of months time. 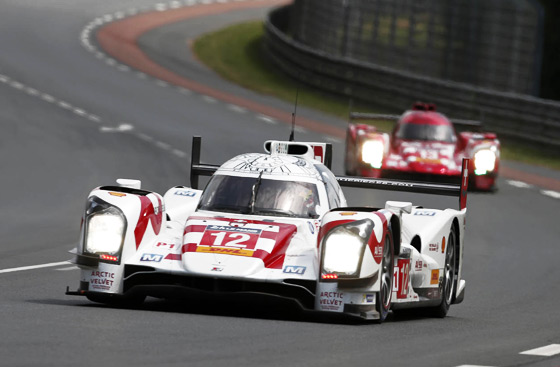 Bart Hayden – REBELLION Racing Team Manager : We are very happy to get both of our cars to the end of the 24 Hour race at Le Mans in 2015.  We had several items to deal with throughout the race and that meant us spending time in the pits to carry out mechanical repairs.  But, we were expecting that to be the case as we went into the race with very little testing behind us.  The whole team worked tirelessly to get our cars ready and to keep them in the race.  By the end of the 24 hours, both cars had completed around 4,500kms, which is a pretty amazing distance given the challenges that we faced.  It’s clear that the pace in our updated cars is there, so when we get on top of the reliability, we will be very competitive.