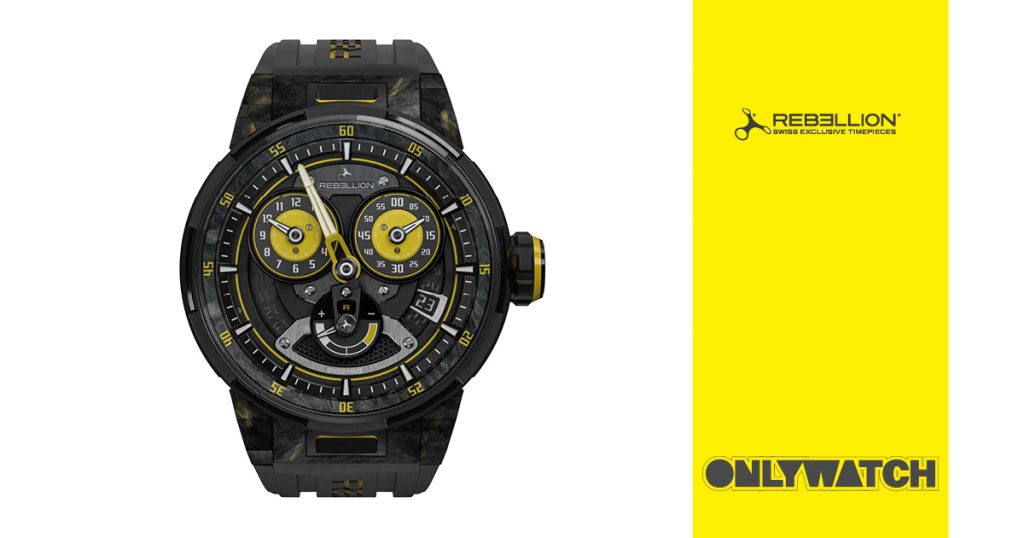 REBELLION Timepieces will return to Geneva on November 11 for the 7th edition of the biennial Only Watch Auction.

A very special edition of the Predator 2.0 Power Reserve has been donated for the event.  Designed by the FIA World Endurance Champion and REBELLION Timepieces ambassador, Sebastien Buemi, the timepiece has been made unique by inlaying flecks of yellow, Buemi’s lucky color, into the case of carbon fiber.

In addition to participating in the design of the timepiece, Sébastien Buemi will represent the REBELLION Racing team on October 7th at Petit Le Mans behind the wheel of a car specially designed for ONLY WATCH. Petit Le Mans is a 10-hour endurance race that takes place annually on the 2.54 mi (4.088 km) Road Atlanta track, located just outside of near Atlanta, Georgia in the USA.

This is REBELLION’s second consecutive participation in the event organized to benefit the Association Monégasque Contre les Myopathies, a charity which raises money to fund research against Duchenne Muscular Dystrophy. The company first participated in the event in 2015 with a unique REB-7 model that was worn by REBELLION ambassador Nicolas Prost during the 24 Hours of Le Mans. 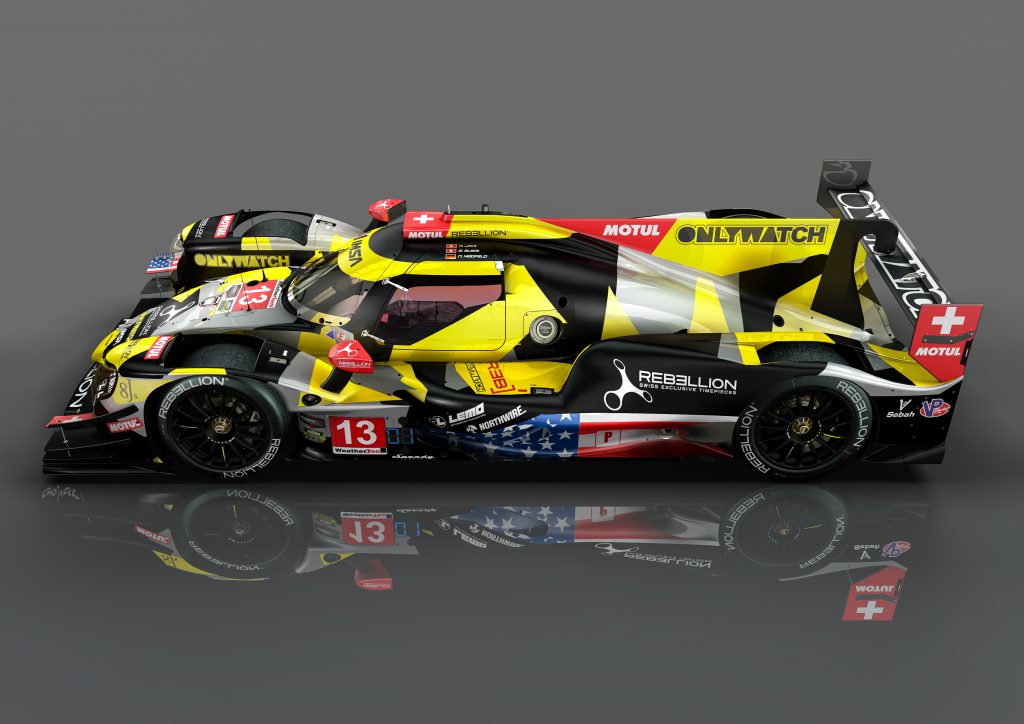 With more than 25 million euros raised since 2005, ONLY WATCH is the most important international watch charity event. On the initiative of the S.A.S Le Prince de Monaco and Luc Pettavino, President of the Monegasque Association against Myopathies, ONLY WATCH organizes an auction in Geneva preceded by a promotional world tour of its collection. Many watchmaking groups are making their contribution to this charity by offering unique pieces. The full benefits are donated to scientific and medical research on neuromuscular diseases.