Within the scope of the 24 Hours of Le Mans, the Rebels Racing and Watchmaking Team has created a bright brand-new collaboration with RocketByz. 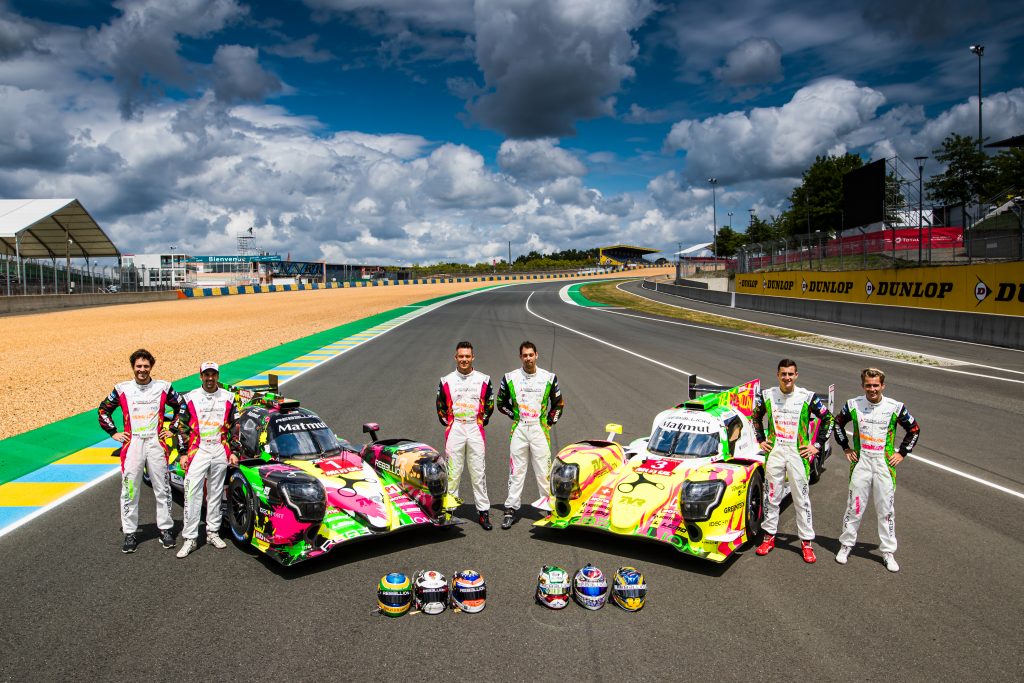 The Swiss team, REBELLION, which will be soon competing in the legendary 24 Hours of Le Mans unveils two unique racing cars’ liveries and a limited-edition watch with a rebellious neon artistic vibe done by ROCKETBYZ. “Because we are Rebells having a good time together!”

We always hear that life is full of encounters and exchanges; indeed, those two disruptive brands and people should meet. After three months of hard-working and passionate collaboration, Rebellion*RocketByz are delighted to unveil a very bright, very cool, very rebellious 360° branding of Rebellion Corporation at the occasion of the Le Mans 24 Hours 2019 which will take place on June 15th and 16th. 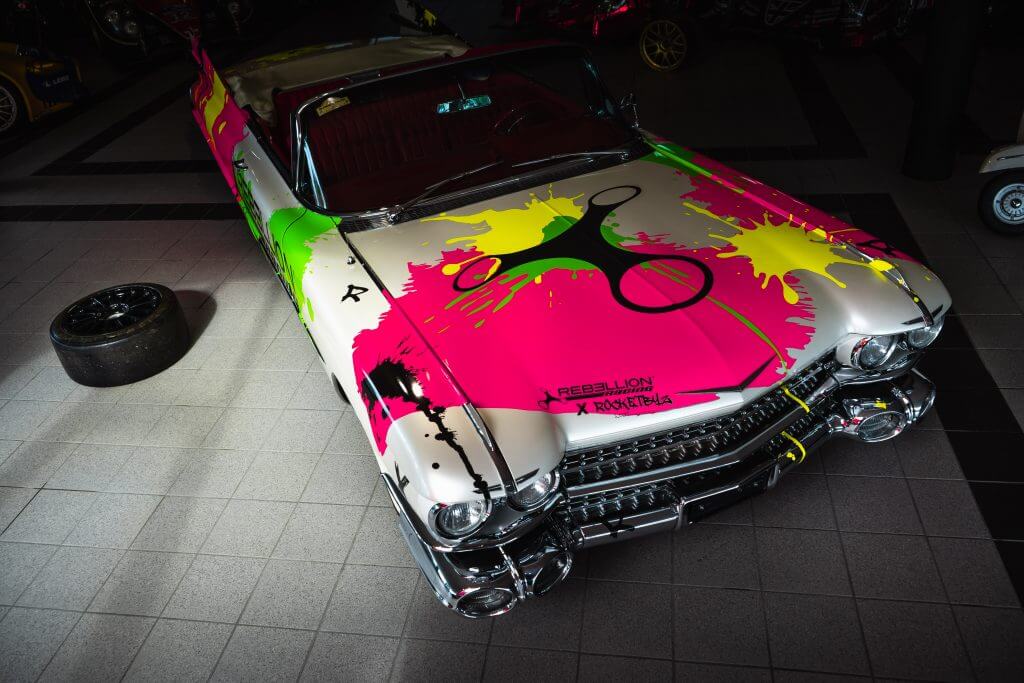 “Tomyboy has his own trademark with a unique artistic vibe using fluorescent colors to allow everybody to enjoy art anytime. It’s flashy, it’s shiny, and it is positive! We were looking for his art as colorful as possible. Tomy carries a 360° Rebellion branding project out on our racing cars, watches and on many other items which will be introduced during Le Mans 24 Hours. It was so much fun working with this rebel artist.”

“We have immediately liked the true contemporary artist flair of RocketByz! When we get started talking about our Le Mans collaboration, everything was going fast and very strong between us, as we share this Rebel DNA with RocketByz. It is so exciting and challenging to introduce our artcar and all our new artistic branding in the motorsport playground and make it happen during the legendary 24 Hours of Le Mans. I hope we will talk about REBELLION Racing not only for this fantastic artistic collaboration but also for our race results.”

Tomyboy, International Artist of the year

“This bright sense of “having great time” is where we found out our synergy with REBELLION. Why fit when you are born to stand out is a description that is spot on in regard to RocketByz as well as Rebellion. Making no compromises in creating and designing unique and limited art is the common underlying force that puts the extra in this extraordinary partnership. Creativity is the greatest rebellion in existence.” 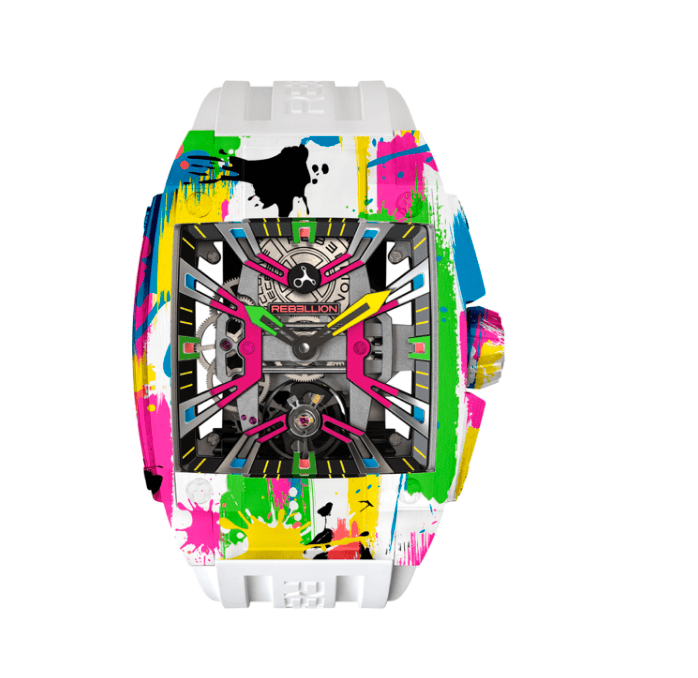 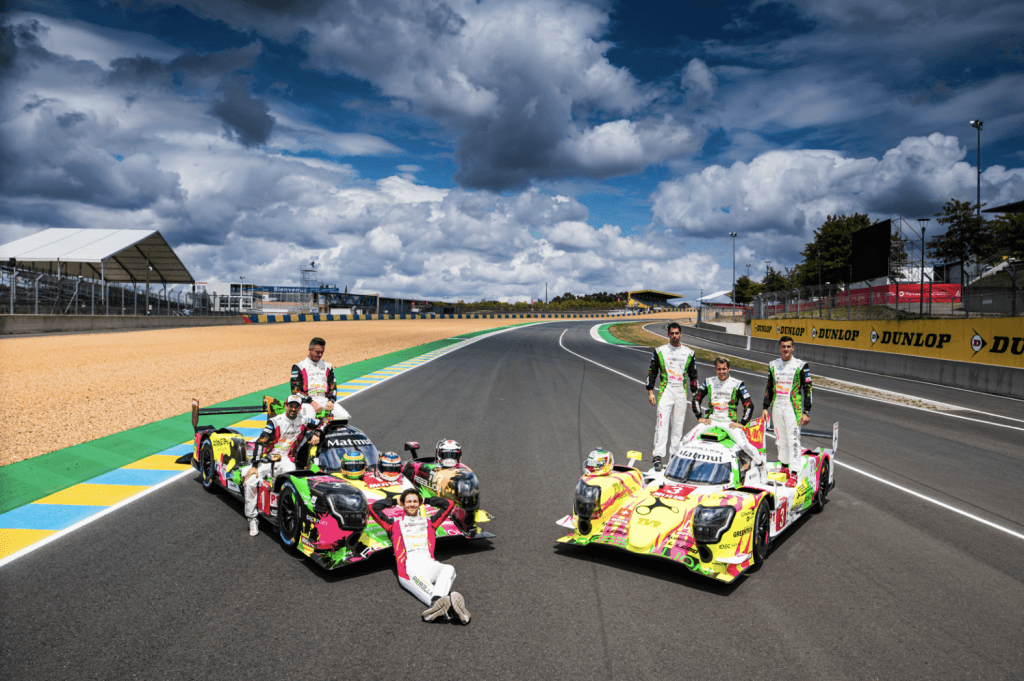 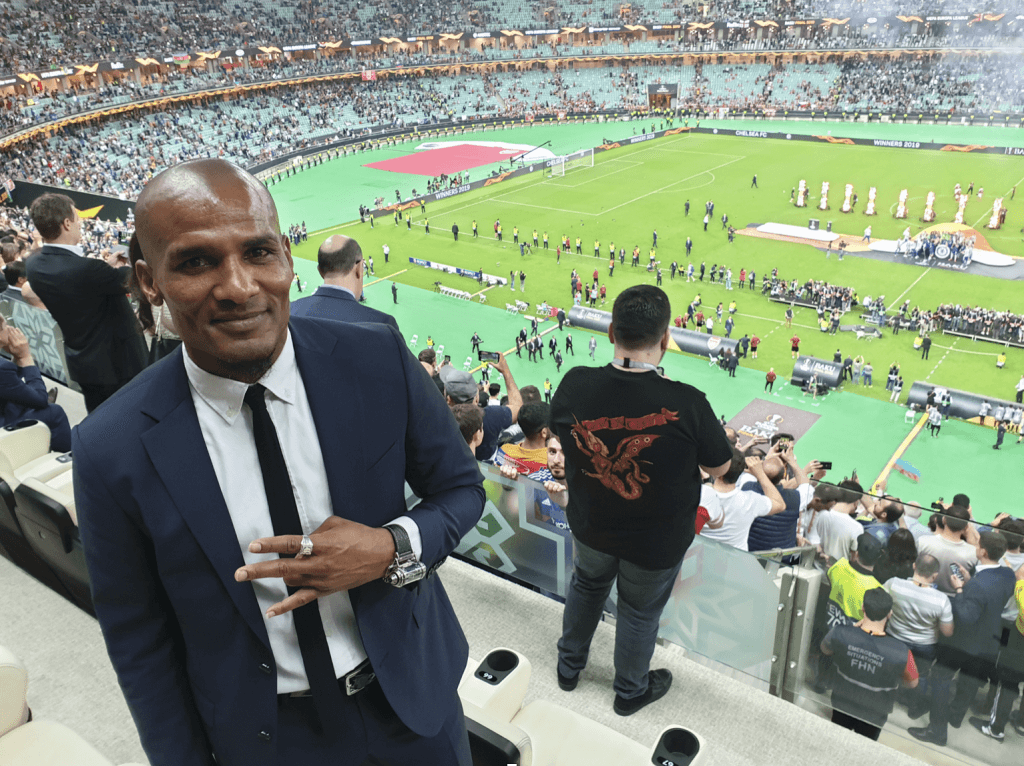 Florent Malouda is a French international football player. He has an impressive prize list with four French Ligue 1 championship titles with the Olympique Lyonnais from 2004 to 2007. Transferred to Chelsea FC, he won with the Champions League in 2012 and the English Premier League championship in 2010 and three English Cups. He also has 80 caps in the French National team for nine goals. Known one of the best French player from 2004 to 2012, he also played the 2006 FIFA World Cup. Athlete with a rebellious DNA, it is natural that this great sportsman joined the REBELLION in 2018 and will be present at the 24 Hours of Le Mans 2019 alongside Team REBELLION Racing.

While searching for inspiration for his music projects Tomyboy devised the aesthetic concept of RocketByz. It’s a look that’s born out of his belief that there just isn’t enough colour out there in the world. To this end he set out to splash the world with fluorescence. Tomyboy has brought this vibrancy of colour to a veritable Christmas list of items. In his RocketByz studio there are neon motorbikes, and electric guitars, and even a road legal one-seater Go Kart that we got to razz around, like an overgrown ten year-old.