Release of the Wraith at Bar Rouge

While many brands are eagerly partnering with mechanical sports competitions either as their official timers or main sponsors, Rebellion put one of its racing cars  – courtesy of its owner’s passion –right on the tarmac of the world’s greatest watchmaking event.

The R-One LMP-1 made a statement even before the evening started: Rebellion is the sole watchmaking brand to own a racing team: Rebellion Racing. Its two professional and expert drivers, who incidentally attended the event, embody the success of a team that has won the FIA World Endurance Championship in the LMP-1 teams category three times. 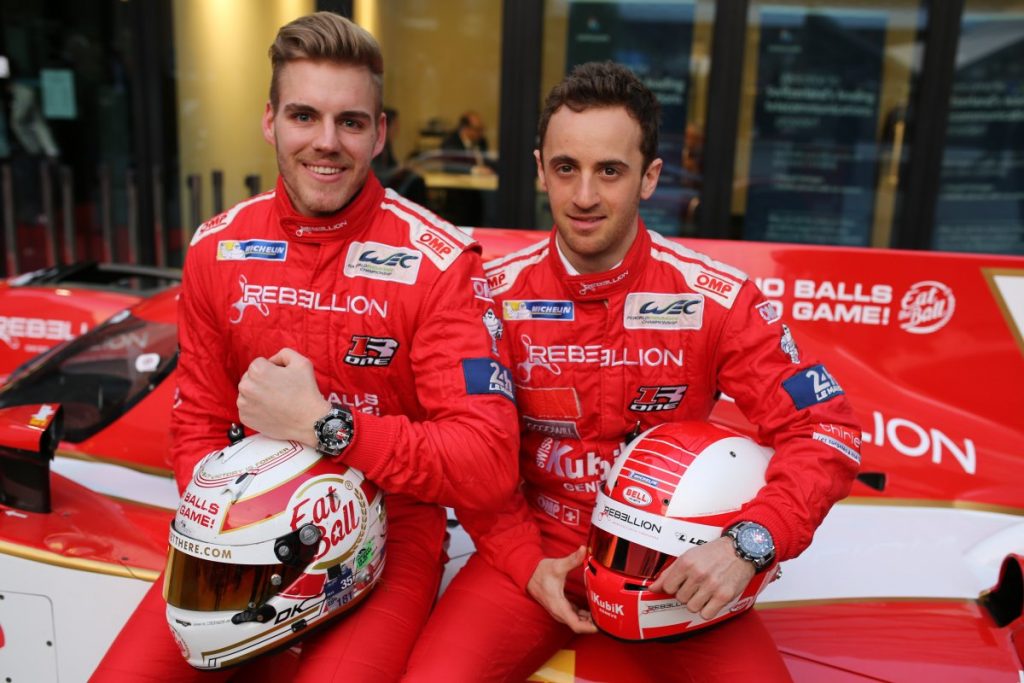 Rebellion Racing is the only independent team amongst the top teams in a competition in which powerful car manufacturers such as Audi, Porsche, Toyota and Nissan partake. On top of that, the team counts 22 category victories in the FIA World Endurance Championship and has won the American Le Mans Series twice.

The “Bar Rouge” is famous for hosting the most popular parties in Basel with its spectacular view on the surrounding town and its hip music. Seeing as quite a few of the drinking soirees that gathered Baselworld attendees ended up there, the place became the indispensable theatre for watchmaking news. The party was in full swing, toasts went around and appetizers and gastronomic snacks were served. We encountered prominent figures of the international watchmaking press as well as some influencers among whom were successful bloggers. 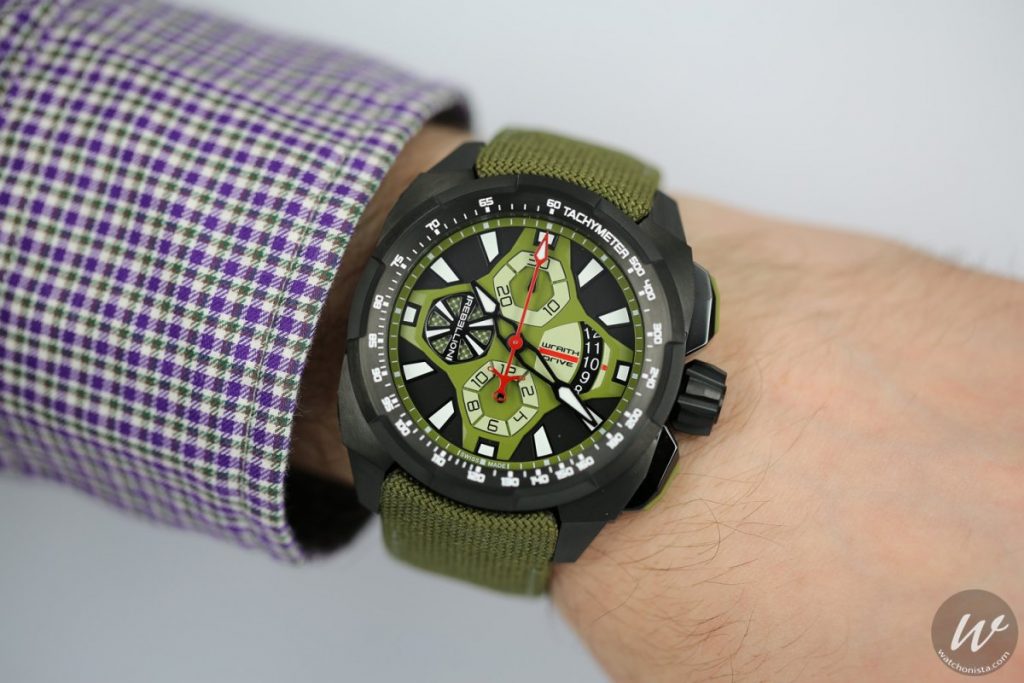 Many watchmaking suppliers who are known for their know-how and transversal skills also attended the party.

Among them were a certain Eric Giroud whom we’d recognize anywhere for his familiar glasses and who incidentally contributed to the design of the T-1000 model. There was also David Candeau whose chronometric science played an important role in the design of his exceptional 1,000-h power reserve caliber. Said caliber is housed in the 540 MAGNUM, an oversize 18-mm flying tourbillon that displays local time live on its official website’s home page.

The official launch of the Wraith chronograph

During the festive evening, some managed to get a few speeches in. They put forward Matias Beche and Dominik Kraihamer, the two expert drivers who were reassuringly sober – obviously not their style to drink and drive. Whilst they proved better at handling the levers of a gearbox than a microphone, they were wearing a timepiece which reminded us of the unprecedentedly close link between watchmaking history and this automobile adventure. 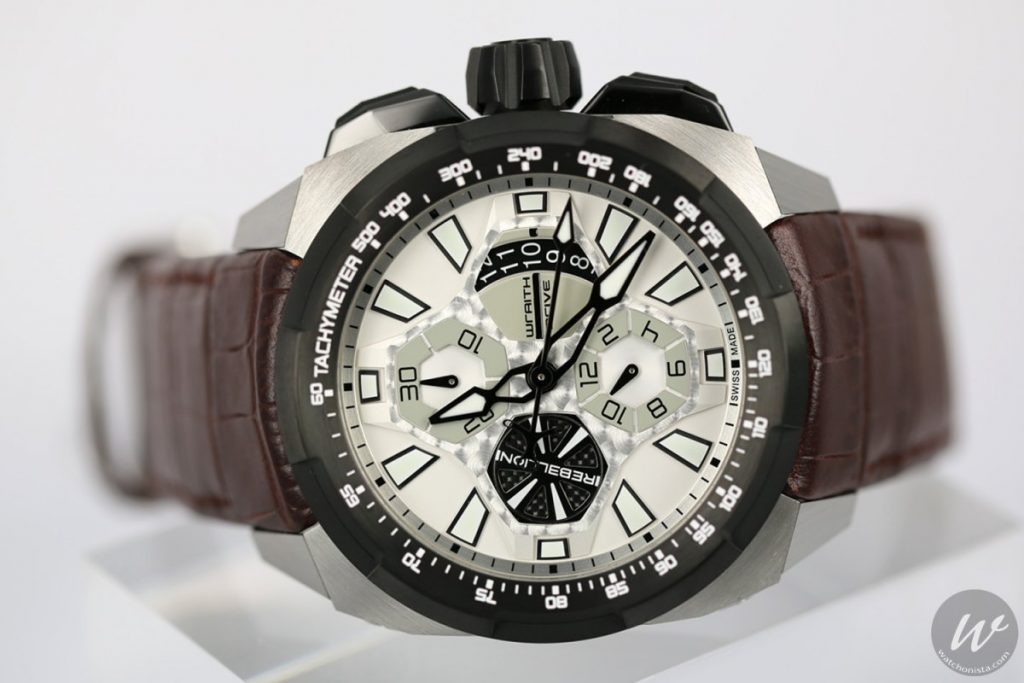 Finally, the latest Rebellion watch was introduced during the evening.

The Wraith, whose name evokes racing steam, is available in several versions and color/material combinations. The mechanical and masculine chronograph will appeal to most and is more affordable than other pieces by the brand. 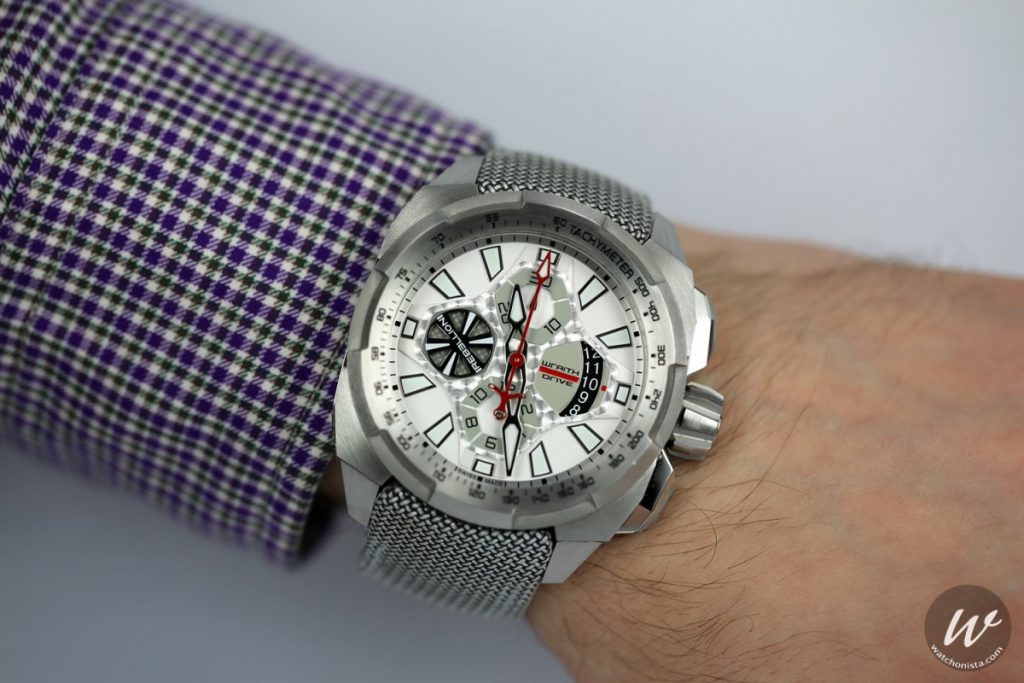 The slogan “No compromise” features on the brand’s website, which has been entirely redesigned by the new team managed by the vice-president, Calim Bouhadra. It is a lively and responsive (at least in French) website which succeeds in pulling visitors to the heart of the two universes dear to the brand: watchmaking and automobile; and that from the first visit. Users can instinctively explore the website like they would a circuit marked out by incredible mechanics and tinted by speed and adrenaline. The brand also introduced its other 2015 novelties at the memorable evening and made allusion to the reference models (the Gotham, the Predator) that have left an imprint on history. The message was crystal clear: Rebellion is back and will be at the forefront of the watchmaking stage for long.