T-1000 and Gotham: two stars born from one encounter

Candaux took up the challenge and started from scratch. However, it was not as simple as it sounded because it was completely impossible to use traditional systems to be able to accumulate so much energy with traditional watch developments. As he explained:

“The T-1000 and the Gotham are simple on the outside but have many innovations on the inside. That said, the most important thing is the winding lever. I invented it to allow for maximum energy absorption in a simple way that meant the owner would need to make very little effort and move only slightly. Indeed, I absolutely did not want to create a watch that had to be wound a hundred times beforehand in order to obtain the energy it needed. It is thanks to the big stop lever that both watches can be wound quite effortlessly. Even though it seems quite simple, this technique enables the watch to accumulate a duo of more than 7,000 grams/force/millimeters; that is, over 7 kilos. A standard watch rarely weighs more than 800 grams.” 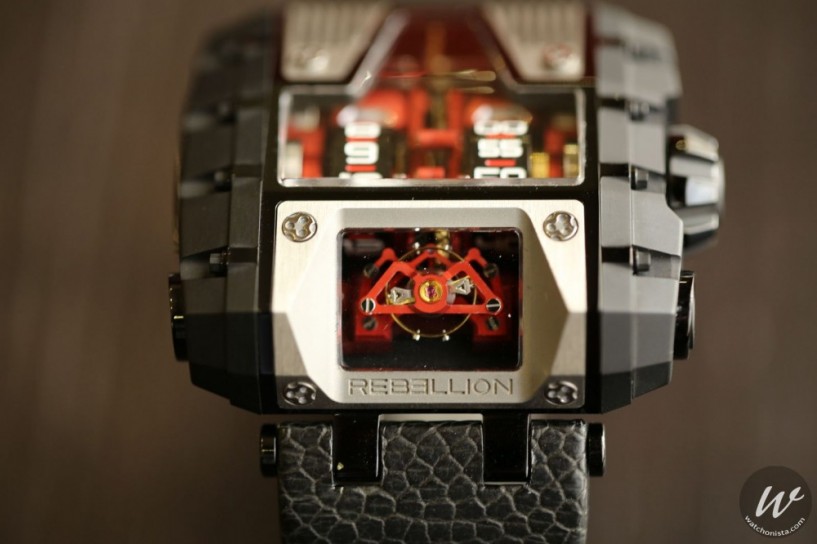 Candaux further explained: “The idea for this system dawned on me accidentally. Since I am renovating my farm and watchmaking workshops, I went to the mountains in Valais to fetch wooden beams. After we loaded them on the lorry, I tied them up with straps. While I was stretching the straps, I noticed that they went as hard as concrete. I realized that I had to use the same system for the watch; that is, I had to make a chain instead of a belt. That would allow me to transfer energy from the winding lever to six barrels, three of each
which would be placed on each side of the movement”. 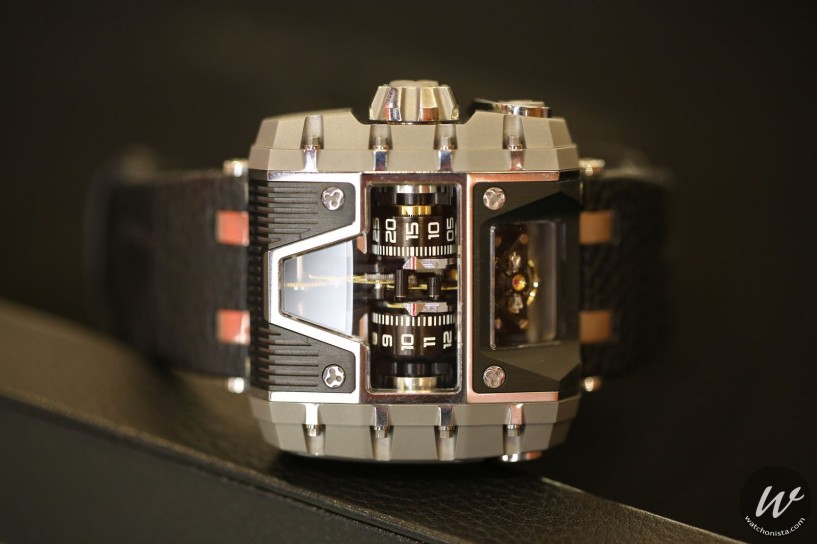 Find the full review of the REBELLION T-1000 Gotham on watchonista.com.